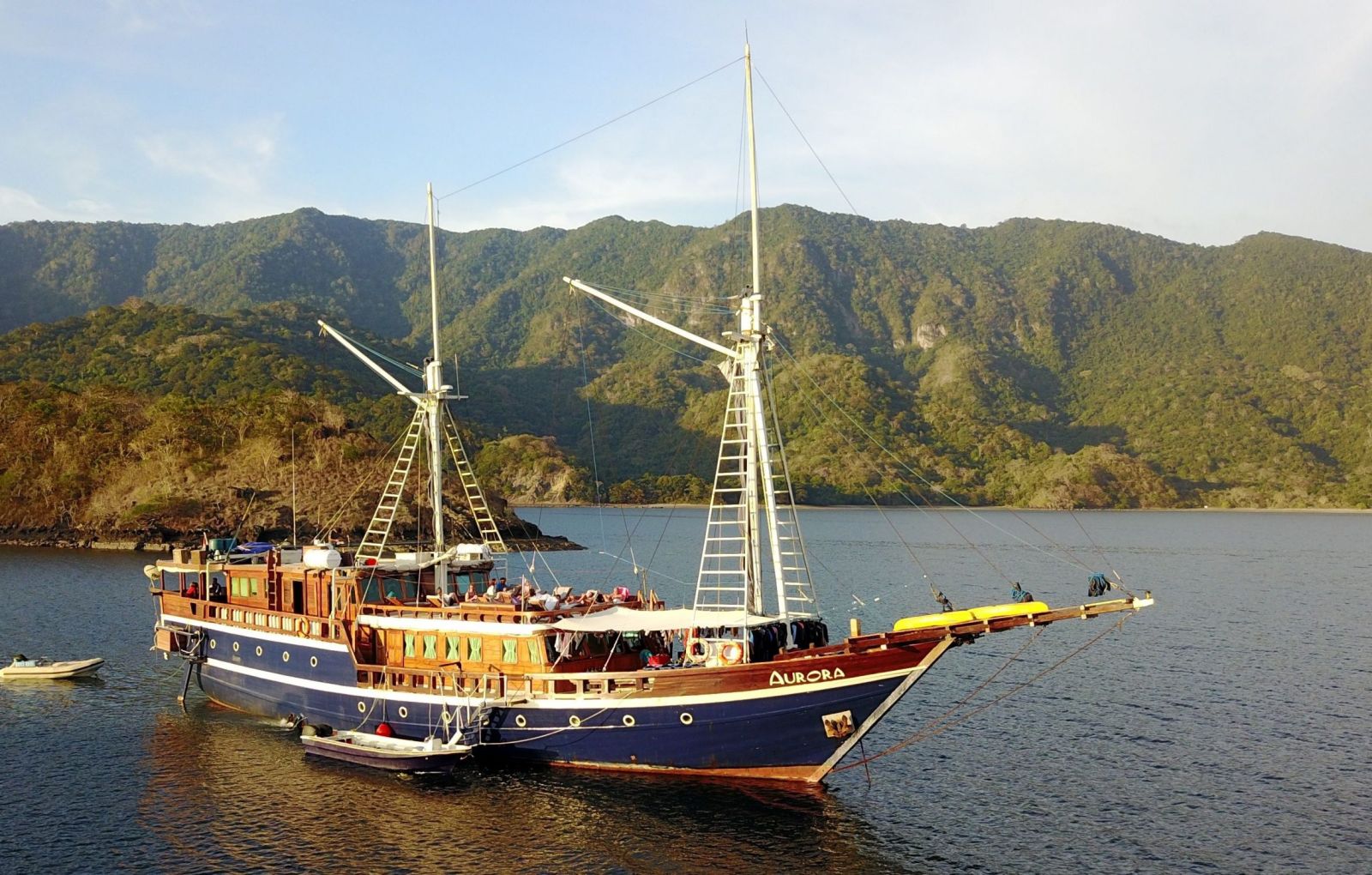 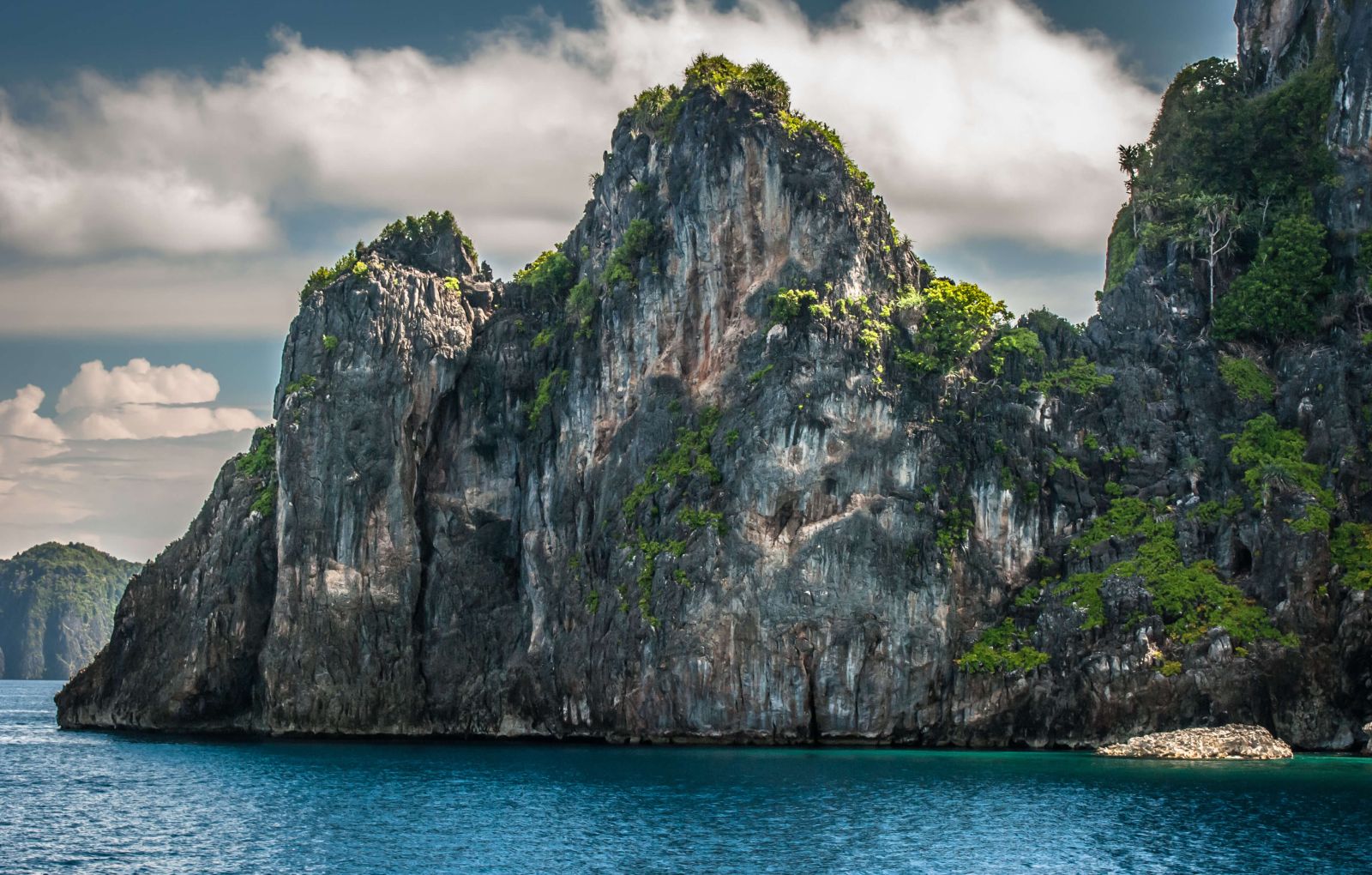 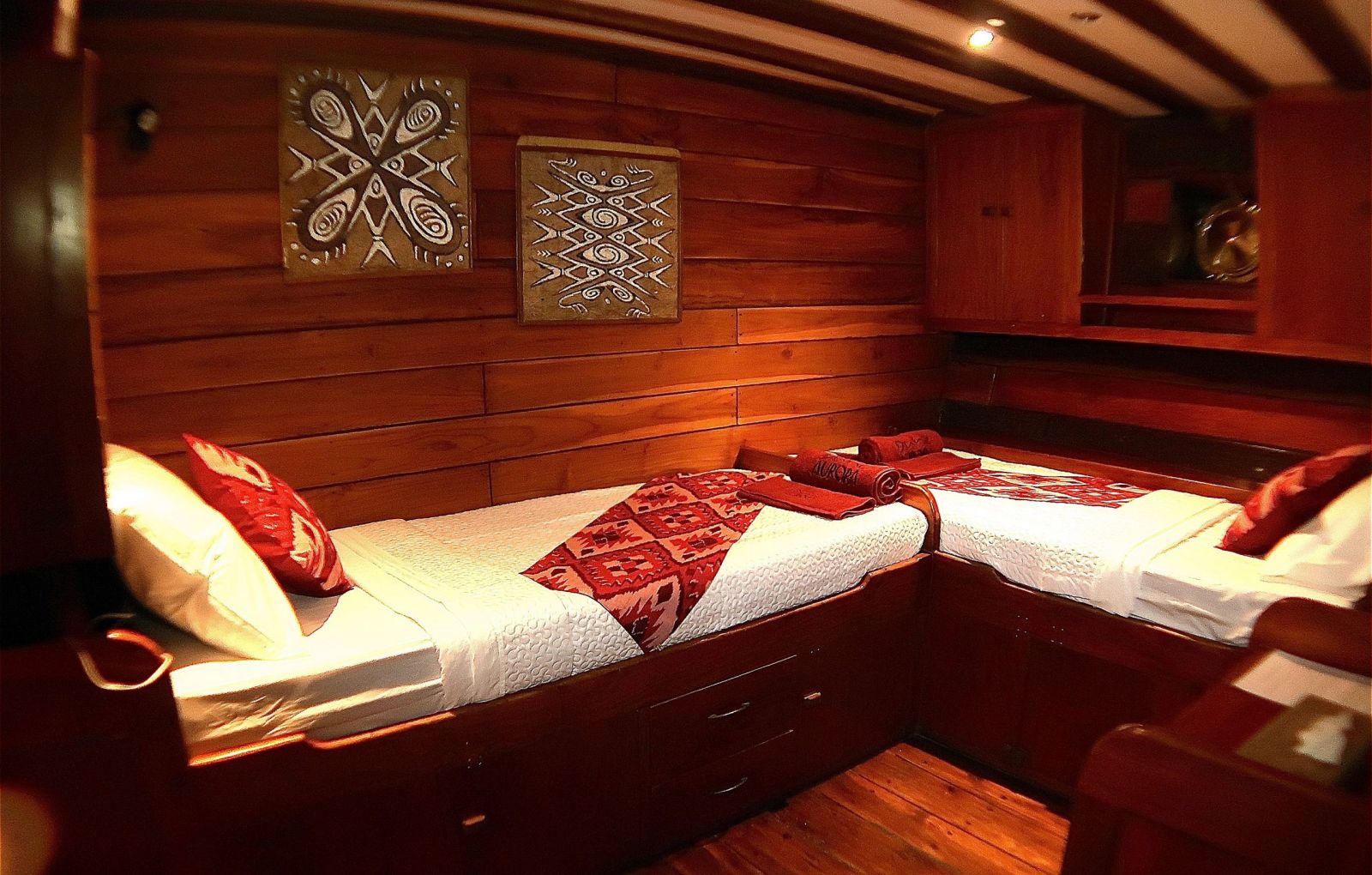 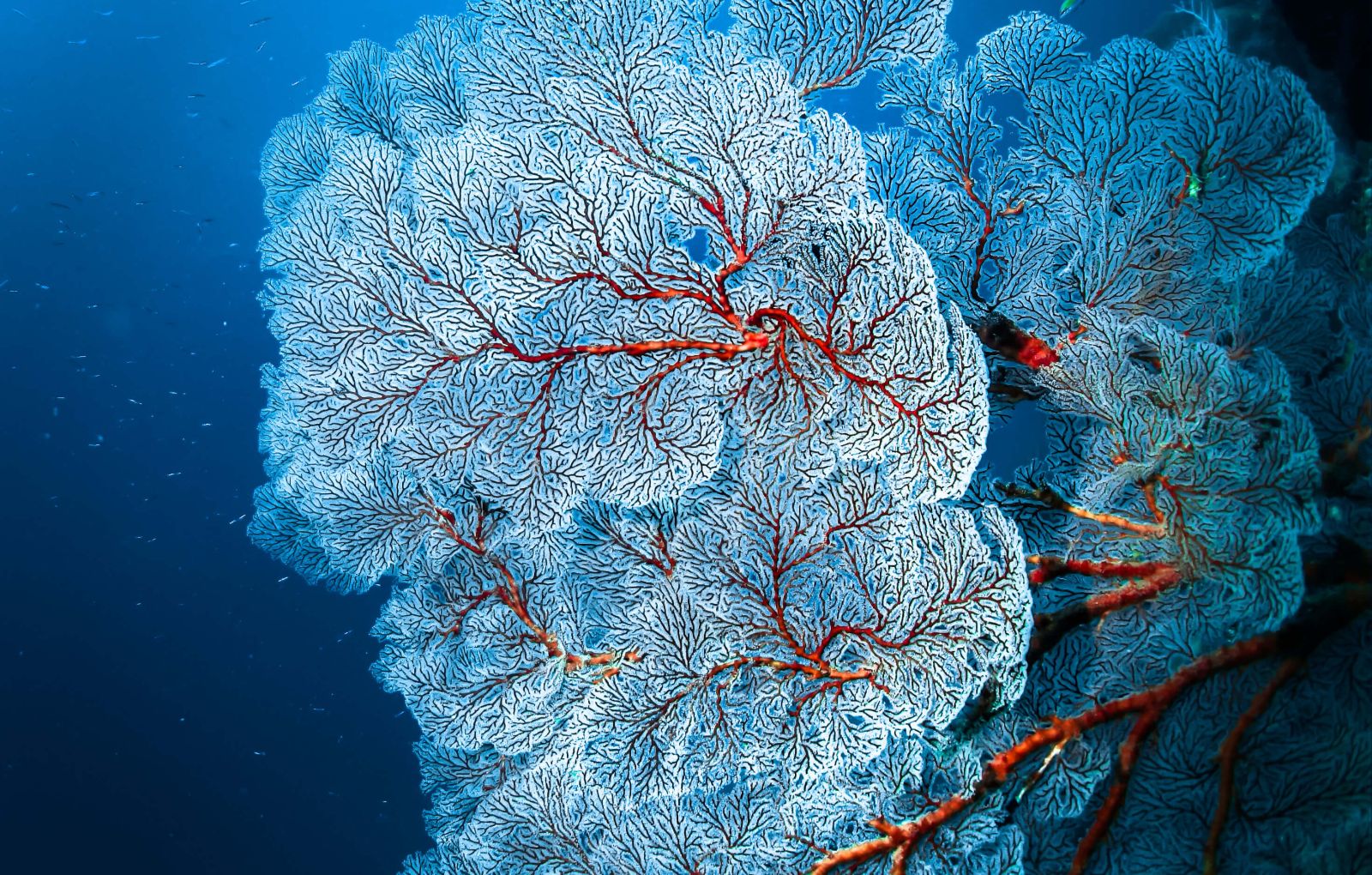 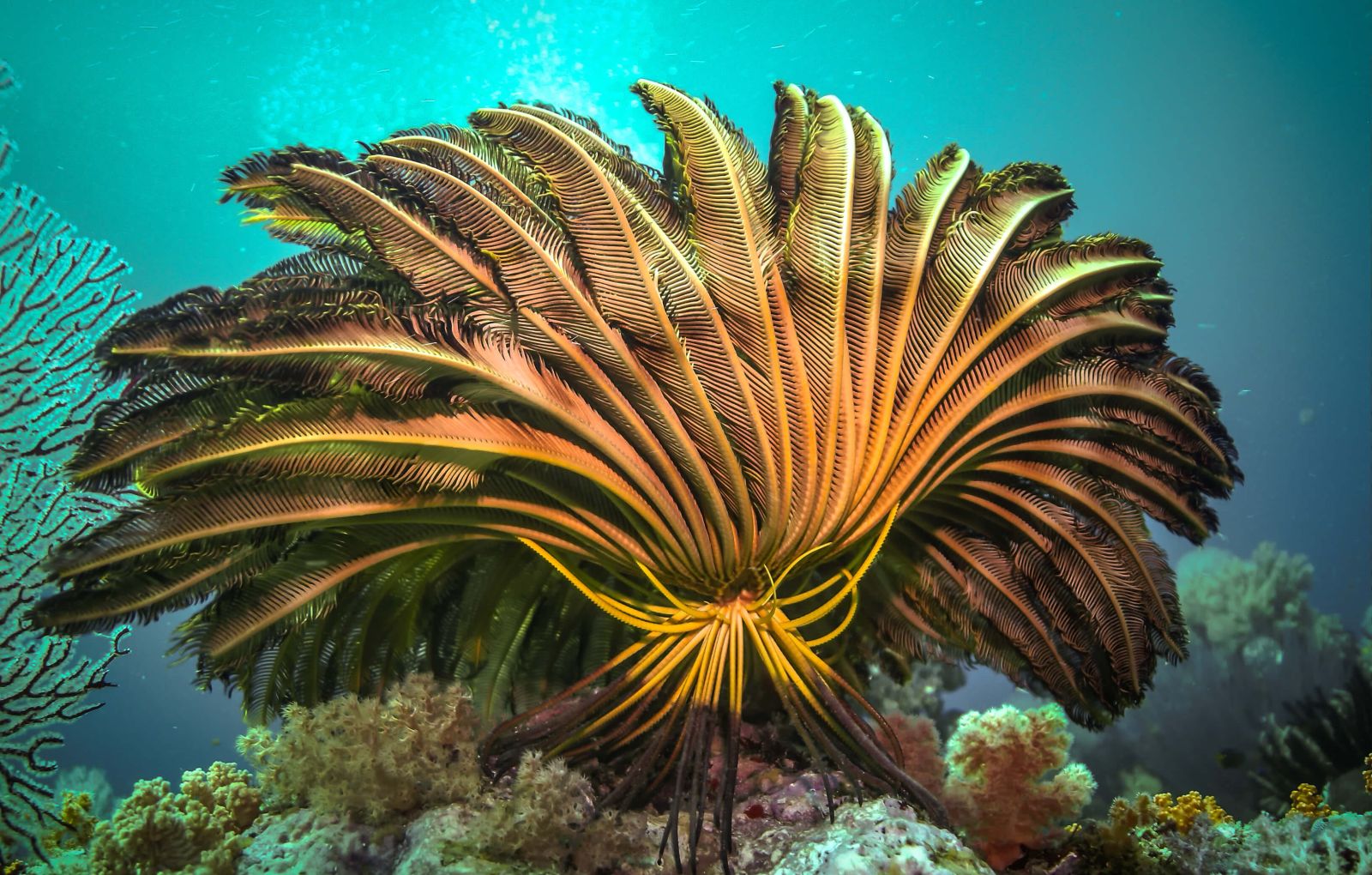 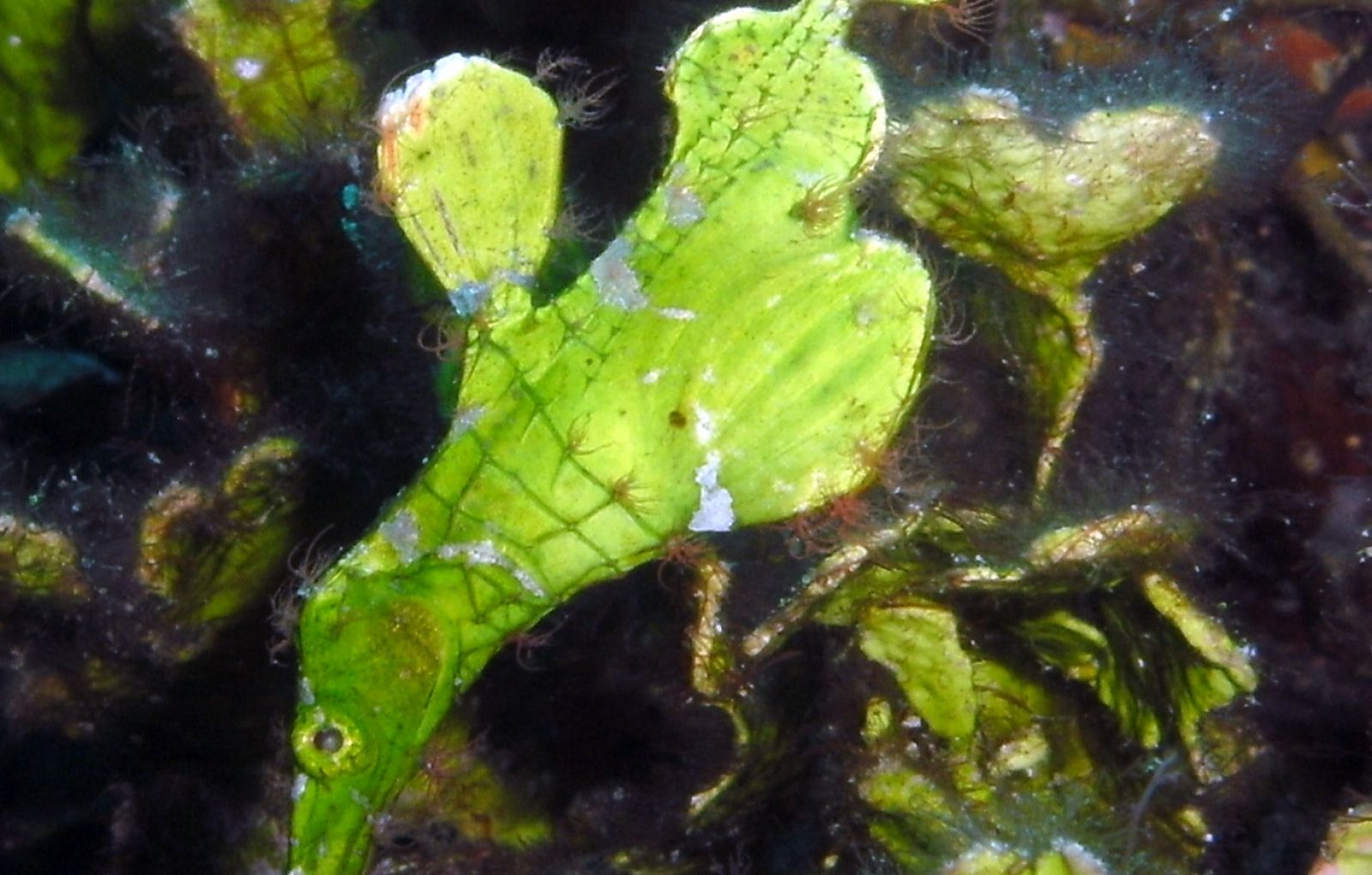 Indonesia is one of Coral Triangle countries with the world’s greatest diversity of coral reef fish with more than 1,650 species in eastern Indonesia only. With 20% of the world’s coral reefs, over 3,000 different species of fish and 600 coral species, deep water trenches, volcanic sea mounts, World War II wrecks, and an endless variety of macro life, scuba diving in Indonesia is both excellent and inexpensive. Bunaken National Marine Park, at the northern tip of Sulawesi has more than 70% of all the known fish species of the Indo-Western Pacific Ocean. There are over 3,500 species living in Indonesian waters, including sharks, dolphins, manta rays, turtles, morays, cuttlefish, octopus and scorpaenidae, compared to 1,500 on the Great Barrier Reef.

Specifically, in Raja Ampat, Gerald Allen (world-famous ichthyologist) counted the incredible number of 284 different species of fish during a single dive (at Kofiau Island). If that wasn’t enough, 64% (505) of the entire world’s known coral species have been found in the waters at Raja Ampat and 75% of the world’s total species of scleractinian (hard) corals cover Raja Ampat sea beds! As a result, scientists nowadays believe that this destination is the world’s current no. 1 spot in terms of biodiversity.

Raja Ampat is supported by currents extremely rich in plankton, resulting in huge schools of fish and shoals of pelagics. Fans of macro and strange creatures are sure to get their fill as well, with regular sightings of many oddballs, both big and small. If all of that isn’t enough, wreck aficionados can also enjoy the World War II ships and planes that have come to rest in the region.

With excellent diving possible year round, is it any wonder that Raja Ampat is considered the world’s hottest spot of biodiversity?

Lembeh Strait liveaboards will take divers to a fairly remote region of Northern Sulawesi, Indonesia. But the reward is great, as Lembeh is revered amongst muck divers as the holy grail of critter hunting. Lembeh Strait is the narrow stretch of water between Bitung and Lembeh Island and it has earnt the reputation as ‘Muck diving capital of the world’ and it certainly lives up to it. This area has created a macro photographer’s paradise, where some of the most elusive and ornate species of fish and coral reside. Not only this, but the black sands found on most dive sites also helps to reduce back glare and gives stunning contrast against the vividly coloured inhabitants.

The nearest major shops are found in Bitung to the south. However, what it lacks in amenities it more than made up for by dive site quality, and you won’t be lacking for anything while cruising along in your luxury liveaboard around the outstanding sites of Lembeh Strait.

Although known as a stretch of water for seeing all the wonderfully coloured small creatures, that’s not to say you won’t be visited by some of the largest as well. Whale sharks, the largest known species of extant fish, and the incredibly endangered dugong have also been known to accompany divers.

Lembeh Strait liveaboard cruises offer divers a choice of over 60 dive sites. Some of the most desired species, not just for photographers but anyone who has an appreciation for little creatures, can be found here. A dive trip on a liveaboard in the Strait allows for the most prolific sites to be visited with ease, away from the traffic of daily-visited sites. It is not an uncommon occurrence for completely new species to be discovered, owing to how much we still donít know about our underwater world and how much there still is to discover. Some of these sought-after species include the pygmy seahorse, ghost pipefish, mantis shrimps (a shrimp so powerful it boils the water around its fists when striking prey), the deadly poisonous, iridescent blue-ringed octopus, and several species of frogfish.

Diving in Lembeh Strait can be achieved throughout the year. Its tropical climate keeps water temperatures between a toasty 77 to 84 Fahrenheit (25 to 29∞C). Even so, full wetsuits are usually worn to ensure protection can be offered from the corals that can be very sharp and hard to spot. Most Lembeh dive sites are shallow, less than 26 feet (8 m), and visibility is usually very good at around 65 feet (20 m). However, this can sometimes drop to as low as 13 feet (4 m) after heavy rains. The wet season is from November until February where fairly substantial rain can fall for periods lasting several days. This is not usually a problem though and does little to detract from the beauty of the sites.

No refunds will be issued. Be sure to have cancellations and medical insurance.